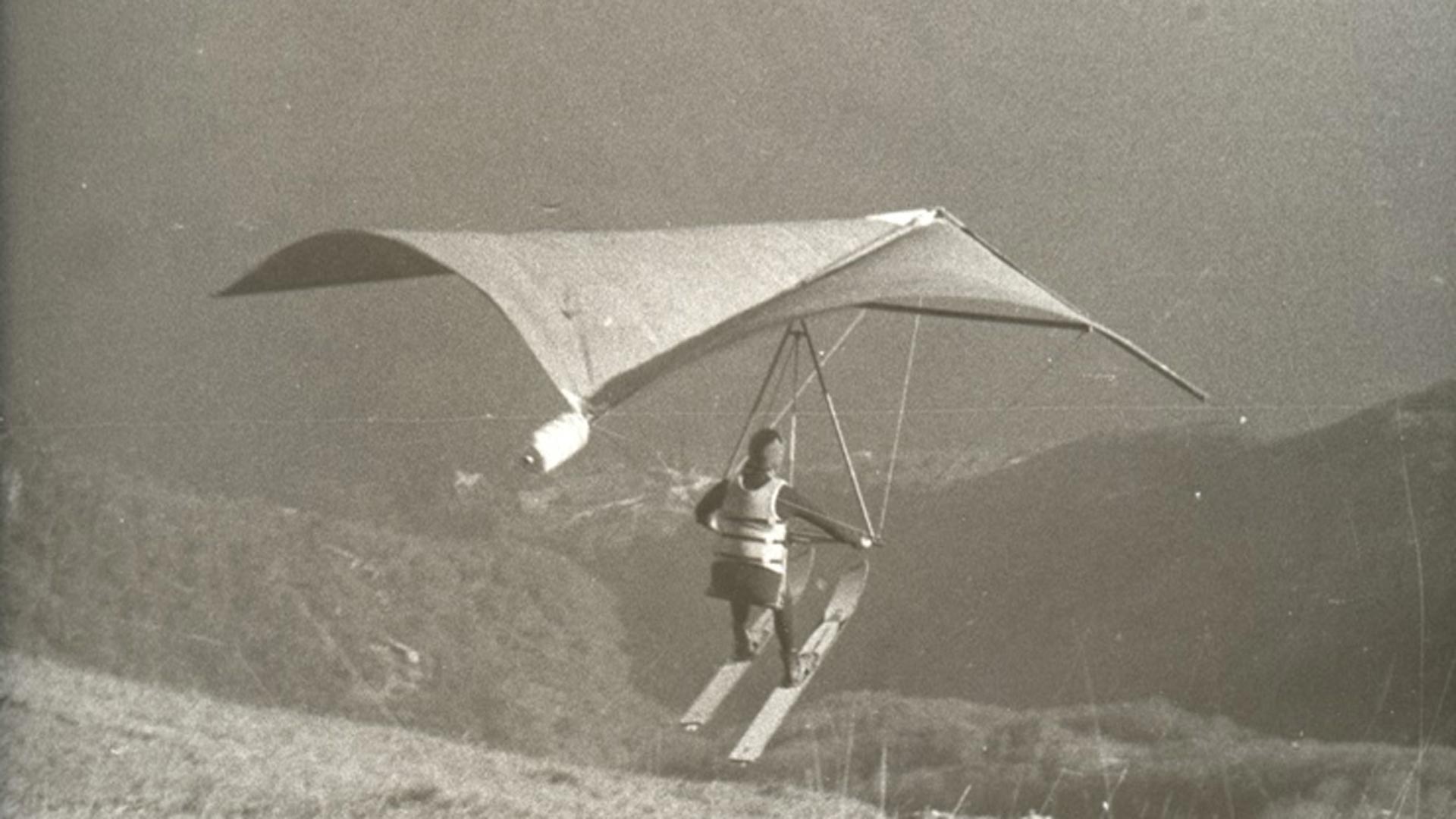 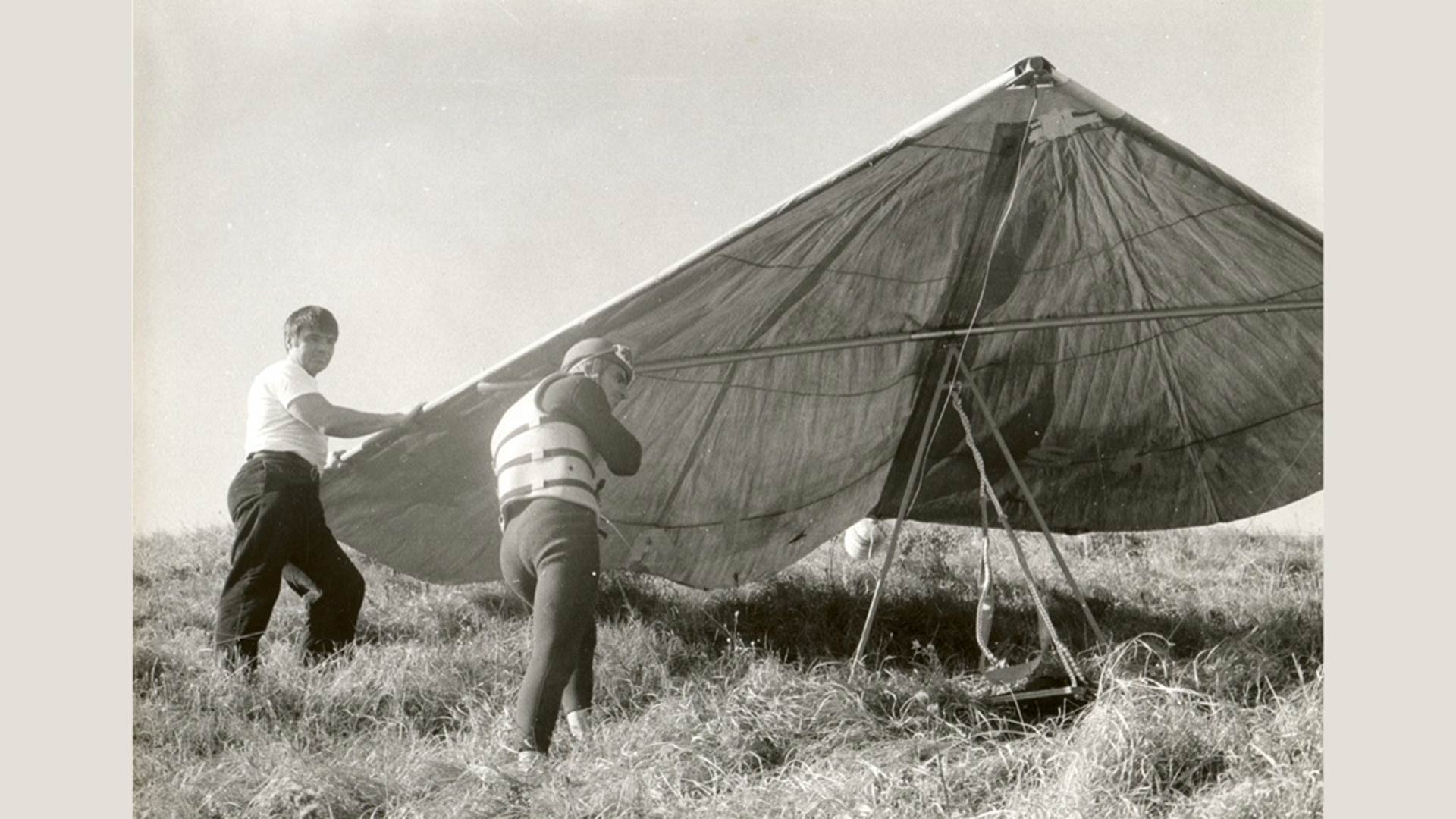 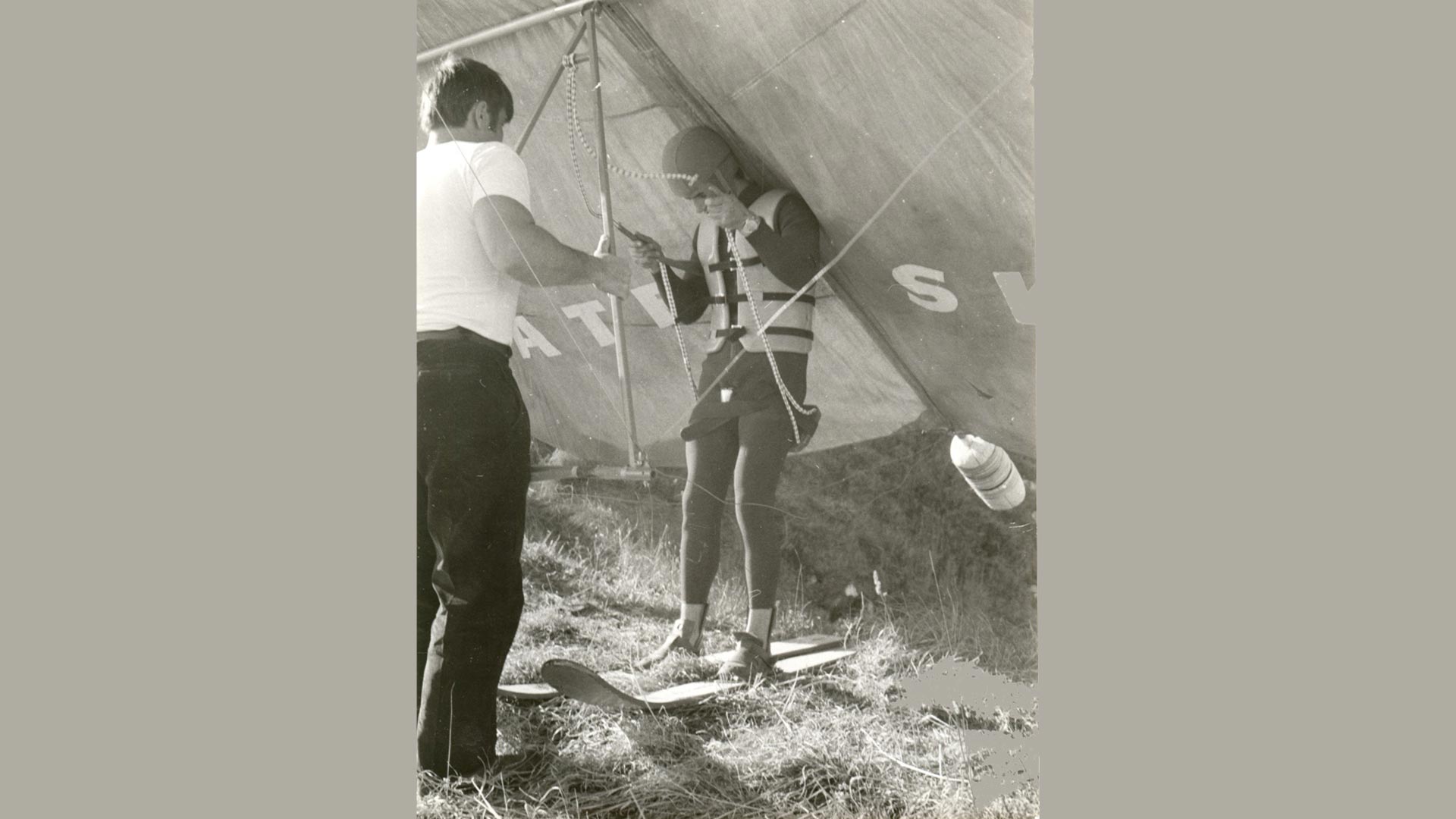 
ICARO 2000 was the first hang-glider factory in Europe. It was founded in 1973 by Alfio Caronti & Peter Skaarup.
Alfio received his first glider from Bill Moyes, during a water-ski competition in 1969.
He was the first Hang glider pilot in Europe, who took off from a mountain on the 4th November 1971. Infact, until that time gliders were used only for boat-towing. Unbelievable but true, the glider used by Alfio was a kingpostless glider with square tubes.
Peter was the technician of the factory and together they manufactured hang-gliders under the license of the Australian firm Moyes.

In 1981 Franco Garzia & Gianni Hotz, became the new owners of ICARO 2000 and continued to make Moyes hang-gliders.
Their first glider was the Meteor 170.

Since 1983 ICARO has been committed to top quality, using only the best tubes in Perunal (aluminium alloy 7075 for aeronautics) from the Swiss manufacturer Alumenziken.

Since 1998 ICARO has its own landing area (more then 50.000sq m) with Club House, Camping facilities and Store of accessories for Sport Aviation: these facilities are located at a very nice place, at Lago Maggiore (northern Italy), facing a mountain ideal for flying.

At the end of 1998, Icaro introduced on the market its very famous helmet range "SkyRunner".
Since this year ICARO produces also helmets for the sport: items of high technology and great Italian look, certified according to the most recent European requirements E.N. 966.

ICARO's Helmets -from then on- have been successfully sold world wide.
Until 1991 ICARO sold -in Europe- more then 3,000gliders (Moyes models like Mega II, Missile, Mars, GT, GTR and XS).
Designer and Manufacturer

In 1992 ICARO goes its own way, Manfred Ruhmer becomes part of the staff and ICARO starts to develop original designs with its own sailmakers and a well equipped workshop with 20 employees and a +1.200 sq m building.
The development of new models is carried out by Manfred Ruhmer, one of the world's best pilots and Franco Garzia, a former italian champion.
Since this time all ICARO hang glider models are certified by the DHV (Germany)

In 1992 the first ICARO's original design is born: the Brazil. With this glider, a new era started for ICARO. The frame of the hang-gliders became stronger and more rigid with a big improvment of maximum reachable speed and glide at high speed. Then in 1994 it's time for the new and very successful Laminar. The sail of this glider has a perfect shape at every speed; the result is an incredible good handling for termaling and a good glide at middle-high speed. With this wing ICARO started to reach very important competition results 1994 European Championship in Laragne (France): Manfred Ruhmer is 2nd 1995 World Championship in Ager (Spain): Manfred Ruhmer is 2nd. In this year the hang-glider evolution needs a new generation of wings. The first prototype of kingpostless gliders appeares in the competitions scenery.
In 1996 ICARO presents its first prototype of topless glider and with this wing, Manfred reaches the 2nd place in the European Championship in Hungary.
So in 1997 the new Laminar ST is born, and for ICARO starts a new generation of gliders. With this glider, we reach again, the 2nd place in the World Championship of Australia.
Now we are ready to change...
In 1998 Manfred takes conscience of his skills and the performance of his glider.
With the Laminar ST Manfred wins his first European Championship in Slovakia. From this moment on Manfred and Laminar become "The Pilot" and "The Hang Glider".

In this year ICARO opens the horizons also towards the rigid wings and forms an agreement with Felix -A.I.R., by which ICARO will make keels and sails for the Atos (ICARO has made 550 so far) and obtains the option to sell the Atos in certain markets.
1999: like if it was a promise, Manfred wins his first World Champ Title in Italy.
From 2000 the modifications that Manfred has introduced on his glider, become available for any pilot that wants them.
The new high performance glider by Icaro 2000 is born: The Laminar MR. Its tunning is completly followed by Manfred.
With this glider Ruhmer wins his 2nd European Championship in his home country: Austria.

In 2000 is also time for other two ICARO adventures.
ICARO introduces on the paragliders' scenery the Cyber, a new basic-intermediate wing, with the latest technology and construction methods and highest safety DHV 1.

Always in 2000, on October 25th, ICARO reviews its agreement with Felix; ICARO takes over the worldwide production and distribution of the Atos from the home base in Sangiano. Felix works exclusively on the development of the design. In fact, after having sold more than 400 Atos in two years, period in which ICARO took an active part in the manufacturing of sails, A-frames and keels, it was decided that henceforth A.I.R. would devote 100% to the development and technical support, whereas ICARO would become in charge of the production and distribution of the Atos. But... In 2001 the development of Atos is always followed by Felix Rühle with Manfred Ruhmer's collaboration, looking for meaningful improvement, but Felix wants to resume the Atos' production in Germany. By this time, ICARO constructed over 100 Atos gliders, including those flown by the Italian Champion Christian Ciech, taking second place at the World Championships/WAG in Spain in 2001. It's in this way that the podium of 2001 World Championship in Spain is full of Atos. Alex Ploner is on first place. Second place for Christian Ciech and third place for Manfred Trimmel.
In september 2001 Christian Ciech starts working for Icaro 2000 in the development team, and after six months comes into the scenery the new Icaro 2000's rigid wing: the Stratos.
2001 Manfred wins his second World Champ Title in Spain.
He becomes shareholder of Icaro.
2002 with the new Stratos Christian Ciech achieves his first World Champion title in Chelan Washington USA.
2003 Manfred wins his third World Champ Title in Brasil.
2004 Christian Ciech vins his second World Champ Title in Austria.
2004 Manfred wins his fourth European Champ Title in France.
2004 Christian Ciech wins his fith Italian Champ Title.
2009 Alex Ploner wins his first Word Champ Title in France.
ICARO is proud to reach -end of 2010- the milestone figure of 9000 gliders manufactured and sold: most of them being top-end models very successful in competitions.